This photo – a chance capture from a plane crossing the south end of San Francisco Bay to land at San Jose in California – is interesting for two reasons.

First, the colours. Those rich colours are the result of algae blooming in lakes being used as salt pans, evaporating sea water to make salt. The process takes a long time, so the producers maintain a sequence of lakes. As the water gets more and more salty, the kind of algae that can flourish in the lake change, with a resulting change of colour. This sight is unlikely to be repeated in San Francisco Bay as the salt-pans there are gradually being restored back to marshland, without enclosed lakes.

The second point of interest is at the centre of the picture. That’s the town of Drawbridge, an early 20th-century settlement triggered by the building of the railway line across the bay. It’s now deserted, but you can still see the decaying buildings in the photograph. You can see more detail on Google Earth (search for “Drawbridge, CA” within the app). 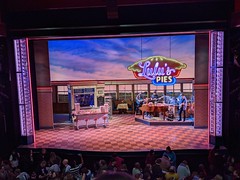 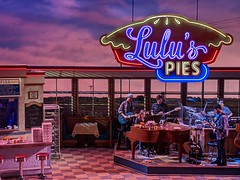 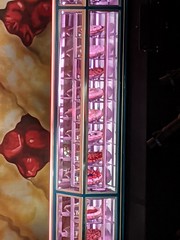